Why the irrigation system need filters?

Water filtration is important for all irrigation systems. Now before someone argues with me, yes, some sprinkler systems are used to spread solids, such as treated sewage, for disposal. But even those in my experience have incorporated some form of filtration upstream of the system to prevent solids which are too large from entering the system.

Filters can help extend the life of, and lower the maintenance on, your sprinkler system. For drip systems they are a necessity to prevent emitters from becoming plugged. Even if small sand particles can pass through your system without clogging it, they cause wear on the equipment. Automatic valves contain very small water passageways in them which can become plugged resulting in the valve failing to either open or close. A small grain of sand caught in a spray nozzle can result in a dry, dead spot in a lawn.

While sand is probably the first thing most people think needs to be filtered out of the water, organic materials can be just as important to remove. Algae can grow inside the system, especially in drip tubes. Another situation occurs when a small piece of organic matter snags somewhere in a valve, fitting, emitter, or sprinkler. The organic matter by itself may not be large enough to be a problem. But soon another piece comes along and gets caught in the first. Then a very small grain of sand that would normally have passed through the system without problems becomes caught in the organic matter. Soon a large build-up of crud forms and the flow is blocked. Have you ever had the hose on your vacuum cleaner clog up with a wad of hair, small objects, and dirt? Each one of those objects went into the hose, so they should have made it through to the canister. But they didn’t because they all got caught together. The same thing happens in your irrigation system. How about a small fish or a clam? They go into your system when they are small (often as eggs) and once in there they grow! Laugh if you want, but I’ve seen it many times! Freshwater clams are very common in city water systems. That’s right, there’s a very good chance that every time you get a drink from the faucet you’re drinking clam water! Yuck… (but be realistic, has it killed you yet? Or perhaps you’ve never eaten clam chowder? Or maybe you should take a look in your cat or dog’s bowl at what THEY drink without getting sick. The truth is that your body processes dirt much better than your irrigation system does!) 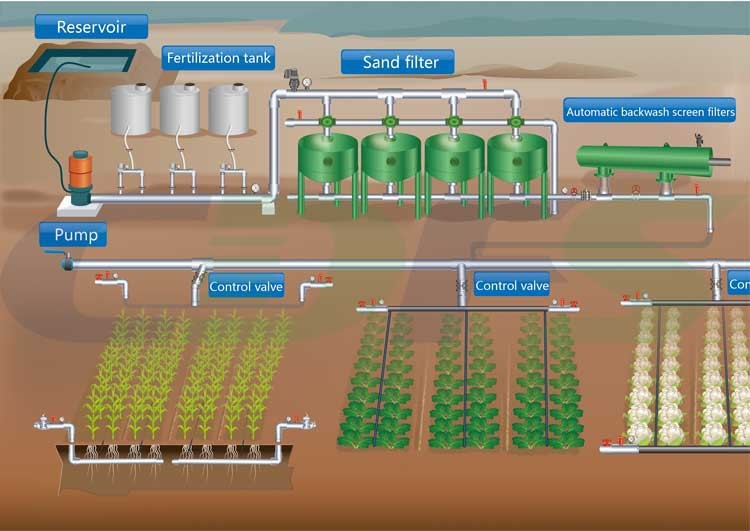 PREVIOUS：How to choose the suitable irrigation sprinklers? No next